I stood in Meols at the last set of local elections, in May 2021, where I came second. I'm incredibly proud of the campaign I ran on the issues which mattered most to local residents. I received 1112 votes, more than double the 535 votes we received in the previous election.

I have a number of priorities for my campaign in Meols which include:

If you live in Meols and wish to discuss any local issue you may have, or any of my campaign priorities, please contact me directly at meolsward@outlook.com. I am happy to speak with you via email, over the phone, or in-person.

Our Candidates are officially announced!

The Conservatives have been out in force this week, campaigning in their respective Wards, delivering leaflets across Southport, with the local elections only a few short weeks away.

The candidates are as follows;

Plans to extend cycle lanes across Southport, including into Birkdale, have come in for heavy criticism from Conservative Council candidates, Mike Prendergast and Lee Durkin, standing in Dukes Ward and Birkdale Ward respectively.

A stretch of Water Lane in Crossens, which has been the focus of local concern about speed, will have new ‘SLOW’ road markings installed by Sefton Council, following an intervention by local candidate Thomas de Freitas. 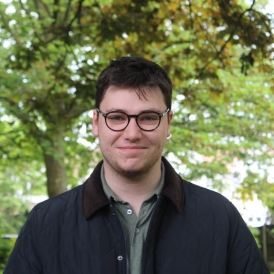