Damien Moore was re-elected to parliament in December 2019, having won the Southport seat in 2017 in what was the first English Conservative gain of the night.

He studied for a history degree at the University of Central Lancashire before joining a graduate scheme for a national retailer. In 2012 he was elected to Preston City Council where he became Deputy Group Leader and Conservative finance spokesperson.

Damien was first selected as the Conservative parliamentary candidate for Southport at the 2015 general election. He narrowly came second to Liberal Democrat John Pugh, who had been MP for the seat since 2001.

Damien has chaired a number of All-Party Parliamentary Groups (APPGs), including those on Tunisia, Blockchain, Belgium, and Luxembourg, and has served on both the Petitions Committee and the Science & Technology Committee. He has also served as Parliamentary Private Secretary (PPS) to the Cabinet Office, the Conservative Party Co-Chairman, and Defra, and served as the Prime Minister's Trade Envoy to Tunisia & Libya between 2020 - 2021.

Damien was appointed Parliamentary Private Secretary (PPS) to the Cabinet Office in 2019. He then became PPS to the Conservative Party Co-Chairman, and currently serves as the PPS to the Department for Environment, Food and Rural Affairs.

His main interests in parliament include transport connectivity, local government, and levelling-up.

The association is run by its principal Officers and Executive Committee. The current Association Chairman is Cllr. Tony Brough

Further details on all of our officers and key people is available below:

MP Damien Moore has praised Merseyside Police officers as he joined them for a series of drugs raids in Southport on Thursday (22 October).

The Chancellor Philip Hammond praised Damien Moore for championing the high street in Parliament, mentioning the Southport MP's efforts in this year's Budget on Monday.

Damien says, "I believe the government should do more to help Britain's struggling high street."

This week, the government announced a further £40 million to support communities along Britain’s coastline, in addition to the £2million Southport has already received for improvements to the grade two listed pier on the seafront. 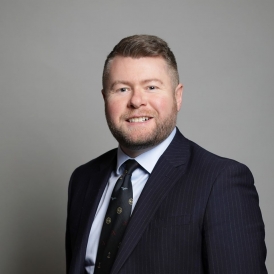