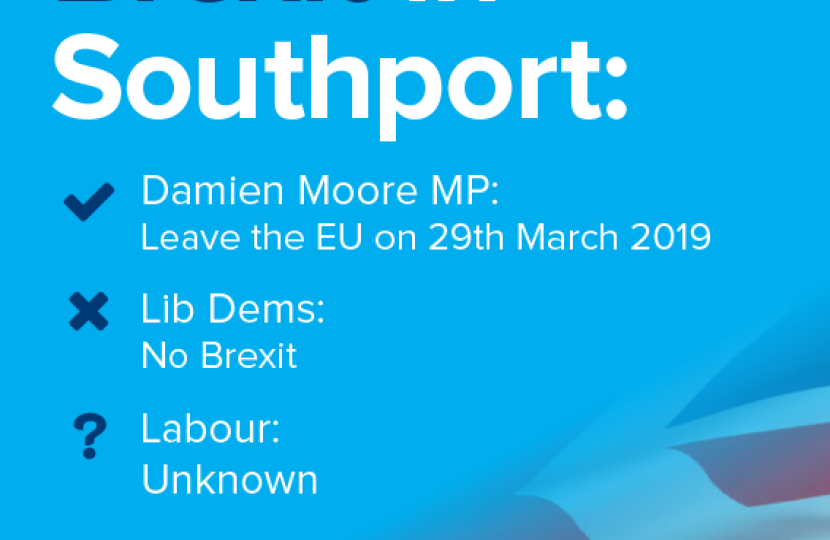 In 2017, the Labour Party ran on a platform that they would deliver on the vote of the British people and leave the European Union. In Southport however, the position is completely unknown.

Labour’s position locally may be forgiven when at a national level they are less than certain on what their Brexit proposal is, with Jeremy Corbyn this week calling for a vote in Parliament on whether or not to have a second referendum, in an attempt to heal divisions within his own party.

It remains to be seen whether or not this position will be taken up in Southport.

Locally, Damien Moore MP (Conservative) has committed to respecting the result of the referendum and stated that the UK should leave the EU on 29th March, including the customs union and single market. Whilst the Liberal Democrats have outlined their intention to undermine the vote in 2016 and support a second referendum.

In a statement Southport Conservatives said:

‘The Conservative Party was entrusted by the people in 2016 and 2017 to deliver on the referendum, our position safeguards the instruction from the British people.

‘If the result were to be overturned it would damage democracy and erode the trust between the public and MPs further.

‘The Labour Party in Southport have no position, and we don’t even know how their prospective candidate voted in the referendum.’