Southport Conservatives: Employment reaches a record high as wages rise at their fastest pace in a decade 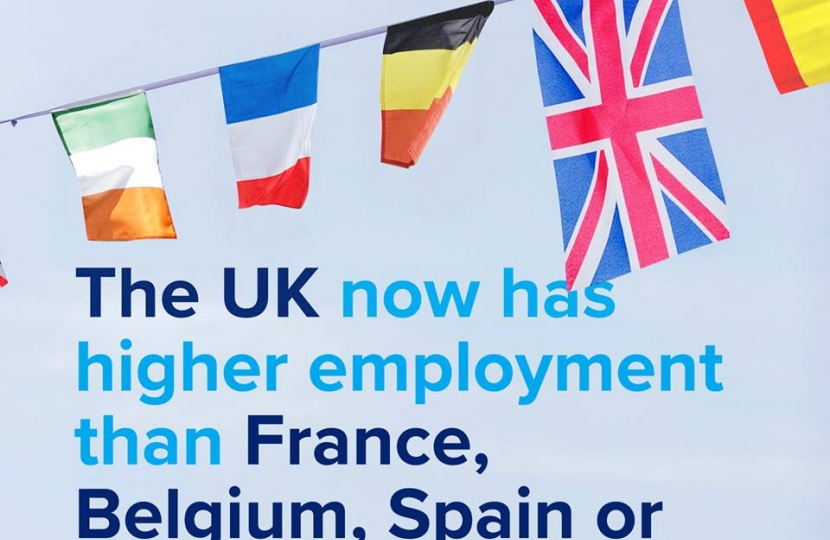 Figures released today show wages have risen at their fastest pace in 10 years as employment reaches a record high, with more than 32.5 million people currently in work.

In Southport, the number of people who are claiming key out-of-work benefits has fallen by 436 since 2010 – an overall reduction of 22 per cent.

“These figures show our balanced approach to the economy is working. This is the biggest rise in wages for a decade and with wages rising faster than prices, hard-working people can keep more of what they earn.

“Our reforms are helping more people into work – and through our modern Industrial Strategy, we are backing businesses to create more, higher-paying jobs across the whole country.”

“More people than ever before have the security of a regular pay packet, wages are continuing to rise faster than prices so people’s pay goes further and we’re working hard to deliver more, higher paying jobs.

“Behind every employment number is a person and a family whose self-esteem, mental wellbeing, economic circumstances and life chances are all vastly improved by being in the workplace, and we’re helping to create a better life for families across the country.

“Labour have proved this week that the only thing they bring to the table is a reckless plan for our economy, and Jeremy Corbyn and John McDonnell would clobber the pockets of families in every corner of our nation.”