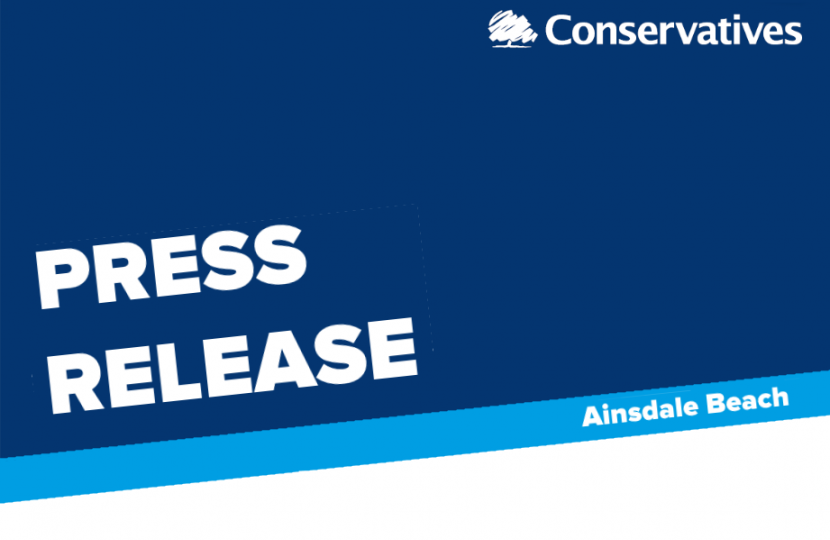 Significant numbers of people chose to come to the coast for the weekend, they ignored advice that was proclaimed by Sefton Council via the press, traffic news, social media, radio and backed up with matrix signs on the main approaches to the coast.

The incredible selfishness of those who disregarded the published information and travelled anyway demonstrated a gross disrespect for their own safety and that of others. Their conduct was totally inexcusable, at times being reckless and confrontational.

Notice and advice distributed by Sefton Council was clearly disregarded as motorists refused to be denied their day out on the beach. They drove as close to their destinations as they could and in frustration of not being able to park in any managed facility, they alighted for the dunes and abandoned their vehicles. In some instances, vehicles were parked on roundabouts, pathways and cycleways.

The presence of the Police, Traffic Wardens and Rangers did not prevent motorists from leaving their vehicles blocking driveways, obstructing the pavements or worst of all ‘double parking’ and narrowing carriageways to a distance that no emergency vehicle could safely navigate a way through.

It is true that these are unprecedented times, the Covid-19 threat is still very much with us, this means that the Council’s staffing resources that are usually relied upon to manage busy weekends at the seaside may be depleted or unavailable.

However, notwithstanding the difficulties of diminished personnel numbers, there has been fair warning from the Met office that the weather in May was going to be dry and sunny. It was also known that the government intended to ‘relax’ Covid-19 related measures on movement and permitted groupings.

In preparation for the weekend, I understand that the Council liaised with the Police and other public services to prepare for the anticipated ‘surge to the sea’. The result was a significant number of vehicle-related fines were issued, lots of Police time was taken up in mediation and keeping behaviour lawful. However, in several instances, mediation did not resolve matters and arrests were made.

I am grateful to the Police for their efforts along the coast and particularly at Formby and Ainsdale where their presence was truly appreciated. However, the public service involvement at the seaside presented a significant distraction from other duties and came at considerable cost.

It must have been expected that even if beaches are closed to vehicles, ‘walk-on’ visitors must be provided with basic toilet facilities and adequate provision for the disposal of litter.

Cllr. Ian Maher (Leader of the Council) his Cabinet Member colleagues and senior officers of Sefton Council should explain the reasons for their lack of preparedness for last weekend’s chaos and perhaps more importantly provide some assurance for residents that the same experiences will not be repeated.

“Residents have every right to be outraged by the behaviour of some visitors to our coast last weekend. They could not understand why Sefton’s beaches were closed when others around the country were open.

On any sunny weekend our ‘coastal gateways’ would have been busy but keeping the beaches closed amplified the traffic issues and the inconvenience to residents.

For those visitors who walked on to the beach, finding no toilet facilities was not their expectation, nor was a lack of provision for the proper disposal of their rubbish.

While it is accepted that operational circumstances at this time are not ‘normal’ – SUNNY WEEKENDS are quite normal and it is about time they were managed in a way that does not negatively impact upon the quiet enjoyment of those residents living in close proximity to a ‘coastal gateway’.”