Damien Moore MP welcomes pay rise for 222,000 people in the North West, as the biggest ever increase to the National Living Wage comes into effect 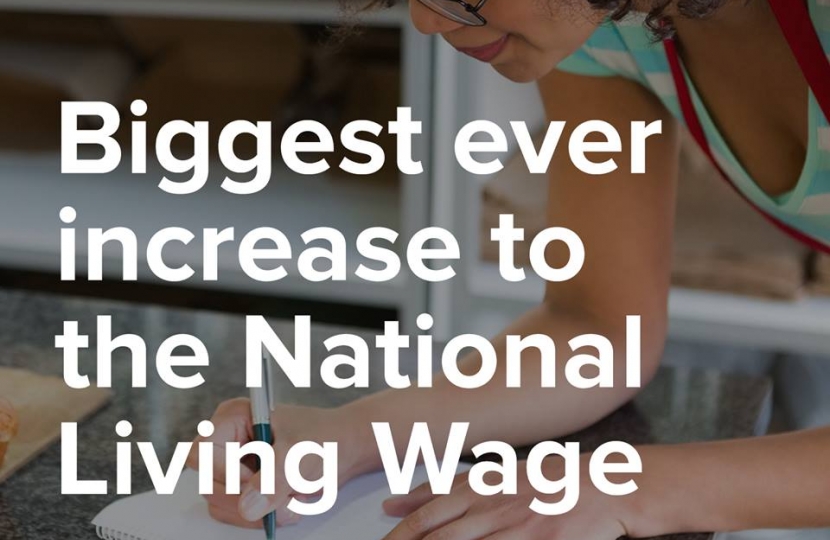 222,000 people in the North West of England working on the National Living Wage received a 5% pay rise today, worth an extra £690 over the course of the year, in the biggest pay rise for low paid workers in 20 years. From 1 April, our National Living Wage will go up by the highest rate since it was first introduced, increasing by almost 5% to £8.21 per hour – giving almost two million of the lowest paid a pay rise.

This increase means that a full-time worker receiving the National Living Wage will be more than £2,750 better off over-the-year compared to 2015.

The Conservatives introduced the National Living Wage in 2016 and since then the lowest paid have seen their biggest pay rise in 20 years.

The changes coming into effect from the 1 April will mean:

Around 2.1 million workers are set to benefit – this includes 1.8 million people receiving the National Living Wage who will receive an additional £690 over the year – as the biggest ever increase to NLW comes into effect.

The National Minimum Wage is also increasing, to £7.70 per hour for 21 to 24-year olds and to £6.15 for 18 to 20-year olds, with workers in the retail and hospitality sectors due to benefit the most.

“Today’s pay rise is good news for 222,000 workers in the North West on the National Living Wage, who will earn an extra £690 over the course of the year.

“The Conservatives introduced the National Living Wage in 2016 and since then we’ve seen wages for the lowest paid receive their biggest rise in 20 years – that means more hard cash in the pockets of hard-working people at the end of each month.“

“We are committed to making sure that UK workers get a fair day’s pay and the rise in the National Living and Minimum Wage, benefiting millions of people and the biggest in its 20-year existence, delivers on this commitment.

“Our minimum wage rates are among the highest in the world and, through our modern Industrial Strategy, we are determined to end low pay and workers get a fair day’s pay for a fair day’s work.”

Our prospective Candidate for Cambridge Ward, Sinclair D'Albuquerque, has blasted the council this week for their callous introduction of cycle lanes into the town centre, specifically those along Houghton Street.

Sinclair had this to say: