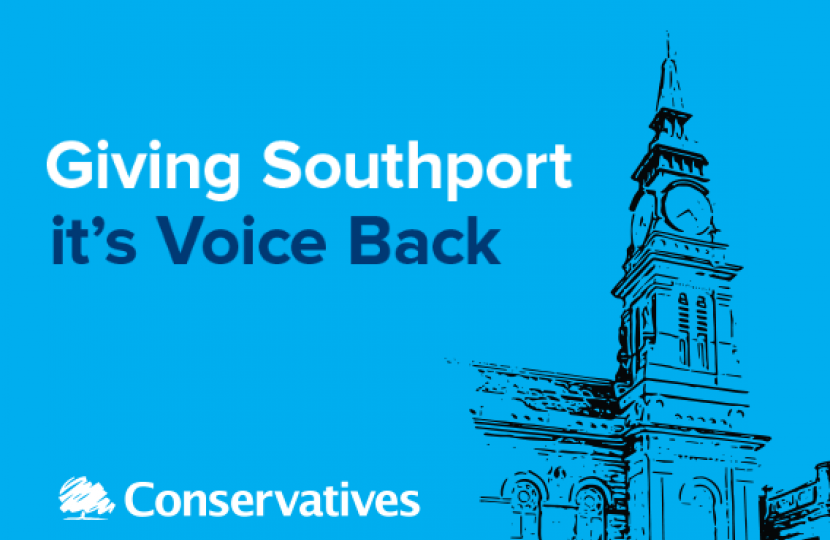 Following the notice of motion by Councillor Terry Jones, Seconded by Councillor Harry Bliss, Southport Conservatives launched their campaign for greater independence from Sefton in earnest.

The motion put forward outlines Southport Conservatives' desire to establish a Southport Town Council to work in conjunction with Sefton, but also as an independent voice for our town to ensure our interests are heard as loud as we deserve.

For a long time Labour-dominated Sefton has used Southport as a cashcow to fund projects that don't benefit our town and we want to put a stop to it, and with your help this change is possible.

You can support us in our campaign to establish a Southport Town Council by following us on our facebook page: https://www.facebook.com/southportconservative/

Or joining the Southport Conservative Association.